Many non-believers claim that the Bible states that the earth is flat. There are several verses throughout God’s Word that they use to supposedly support their claim. However, those who have actually read the Bible (in context) immediately see the fallacy of their arguments. Most of the verses that skeptics use to suggest that the Bible supports a flat earth are figures of speech. For example, in Job 38, if you isolate verse 13, you might get the impression of a flat earth. That is until you read it in context. When you read the verses above and below verse 13 you see that it was a figure of speech. Obviously the dawn cannot “grasp” anything. Does the sunrise literally shake the wicked out? Of course not.

In other verses, like Revelation 7:1, reference is made to cardinal directions (ie. north, east, south and west). This is similar to the way we speak today of the sun rising and setting each day, although we know that it is the earth orbiting the sun which causes this.

If you are looking for an in-depth explanation of each verse, I recommend this article by AnswersInGenesis, which covers them very well.

The Bible Referred to the Round, Spherical Earth Thousands of Years Ago

Thousands of years ago, in a time when many people believed such erroneous things as the world being held up by a huge turtle, among other things, the Bible gave a correct description of the earth.

For example, referring to the verses that mention a “round” or “circular” earth, skeptics will be quick to say that this actually supports a flat earth. But when looking at the original Hebrew texts of the Old Testament scriptures, we can easily find that there is no Hebrew word for “spherical.” It would have been described as “round” or “circular” as it is perfectly described in the Bible. The word “circle” (חוג—chuwg) can also mean “round” or “sphere.”

Also, in Luke 17:31,34 we read “31: In that day, he which shall be upon the housetop, and his stuff in the house, let him not come down to take it away: and he that is in the field, let him likewise not return back … 34: I tell you, in that night there shall be two men in one bed; the one shall be taken, and the other shall be left.

This seems to indicate that the Lord’s return will be seen simultaneously (and miraculously) when it is day on one side of the earth and night on the other.

We also see mention of the plural form of “world” in Hebrews 1:2 and Hebrews 11:3. While this doesn’t specifically address the earth, it shows, once again, of the divine inspiration and wisdom given to the writers of the Bible. Hebrews was written about 2,000 years ago, long before the observable discovery of the different planets. Yet, the author of Hebrews mentions multiple planets.

The Bible is consistently proven and substantiated as man discovers more and more about creation. That is because the Author of the Bible is the Creator of it all.

The Real Problem we Face is Sin

John 3:19 – “And this is the condemnation, that light is come into the world, and men loved darkness rather than light, because their deeds were evil.”

As long as there is sin in the world, men will attack God’s Word that holds them accountable for their sin. If the Bible taught that we could do whatever felt right and would never face judgement for it, there would be little opposition to it.

But the fact is “it is appointed unto men once to die, but after this the judgment” (Hebrews 9:27).

We will all stand before our Creator one day. 150,000+ people die every day. You may be one of them today. Are you prepared?

When you die, an account will be made of your life. You will be judged by the Perfect Judge. The wages of sin are death (Romans 6:23). If you have ever sinned (even once) that means that your eternal destiny has ALREADY been determined: death. And that is not just physical death: it is eternal separation from God in Hell [a literal burning Hell (Rev. 20:15)].

But because God is merciful, as well as just/Righteous, He became flesh in the person of His Son, Jesus Christ, and died in your place as your substitute! That means He can legally dismiss your case. Your slate can be wiped clean! You can stand before Him on that day and be guiltless, as if you NEVER sinned! All because of the blood that Jesus Christ shed for you on that cross 2,000 years ago!

All you have to do is agree with God (which always includes regretting and turning from sin) and trust fully in Jesus Christ as your Savior, who bore your sin before our Righteous God to save you!

If you would like to learn more about what God wants from you, click this link to read a short PDF that provides a brief explanation of what the Bible says concerning this. 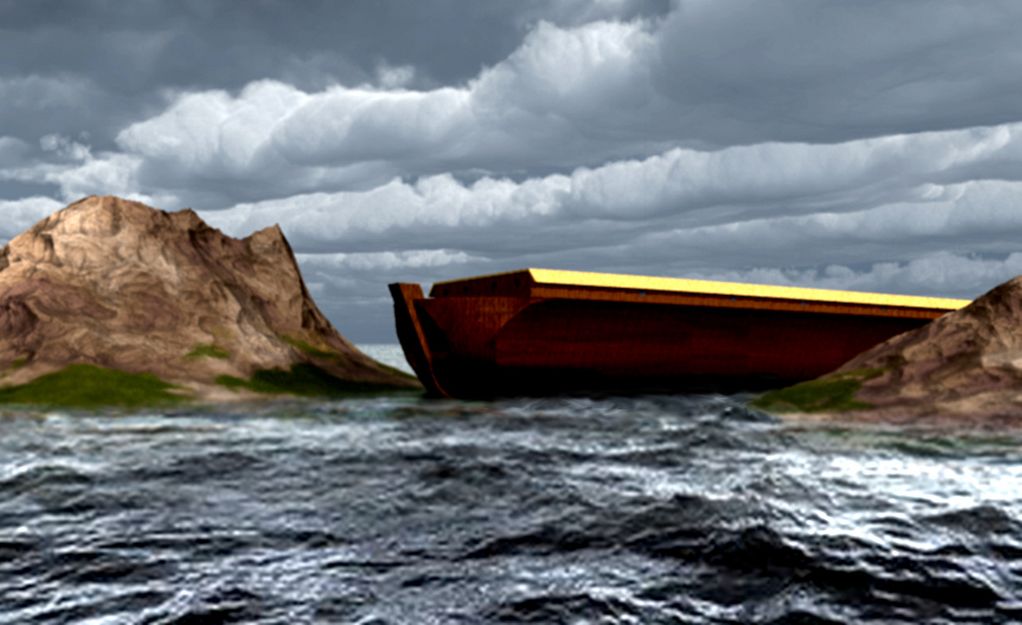